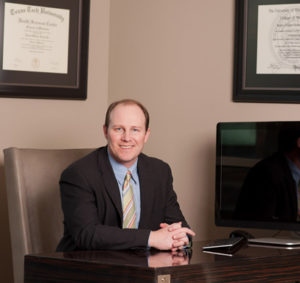 Released earlier this year, the ASPS yearly statistics on plastic surgery procedures in the United States show interesting changes. Of the 14.6 million cosmetic procedures performed in 2012, the most significant growth was seen in facial rejuvenation.

Released earlier this year, the ASPS yearly statistics on plastic surgery procedures in the United States show interesting changes. Of the 14.6 million cosmetic procedures performed in 2012, the most significant growth was seen in facial rejuvenation. This was true for both non-surgical and surgical facial treatment options.  Again, Botulinum toxin type A (Botox cosmetic and Dysport) use was, by far, the most prevalent procedure and grew to 6.1 million treatments last year alone. As for other non-surgical treatment options, soft tissue fillers (ie. Restylane, Perlane, Juvaderm, and Radiesse), chemical peels, laser skin resurfacing, microdermabrasion, and laser hair removal also showed considerable growth as well.  Of the surgical procedures investigated, eyelid lifts (blepharoplasty) and facelifts (rhytidectomy) were up 4% and 6%, respectively, while the numbers of nose reshaping (rhinoplasty) surgeries remained stable. Alternatively, body interventions have shown a significant decline.  with liposuction and breast augmentation declining 1% and 7%, respectively.

But who is driving this increase in procedures and why the focus on the face? Most the data indicate the baby boomer generation is driving the growth in facial procedures. With more and more people in their 50s and 60s returning to the workforce and competing for jobs, people are doing all they can to stop the hands of time and help themselves look their best.  People understand that their face is primary mode of interacting with colleagues and customers, and its function and aesthetic is worth the investment. Additionally, non-surgical options offer an instant benefit with the appeal of little to no downtime allowing patients to continue life without altering social or work obligations. As an option for younger women trying to maintain their look, these non-invasive procedures are very popular. And women aren’t the only one’s seeking help; men are taking action in large numbers to enhance their appearance of strength and virility.  It is clear people are committed to putting their best face forward.